Regression testing – a safety net for your journey to cloud 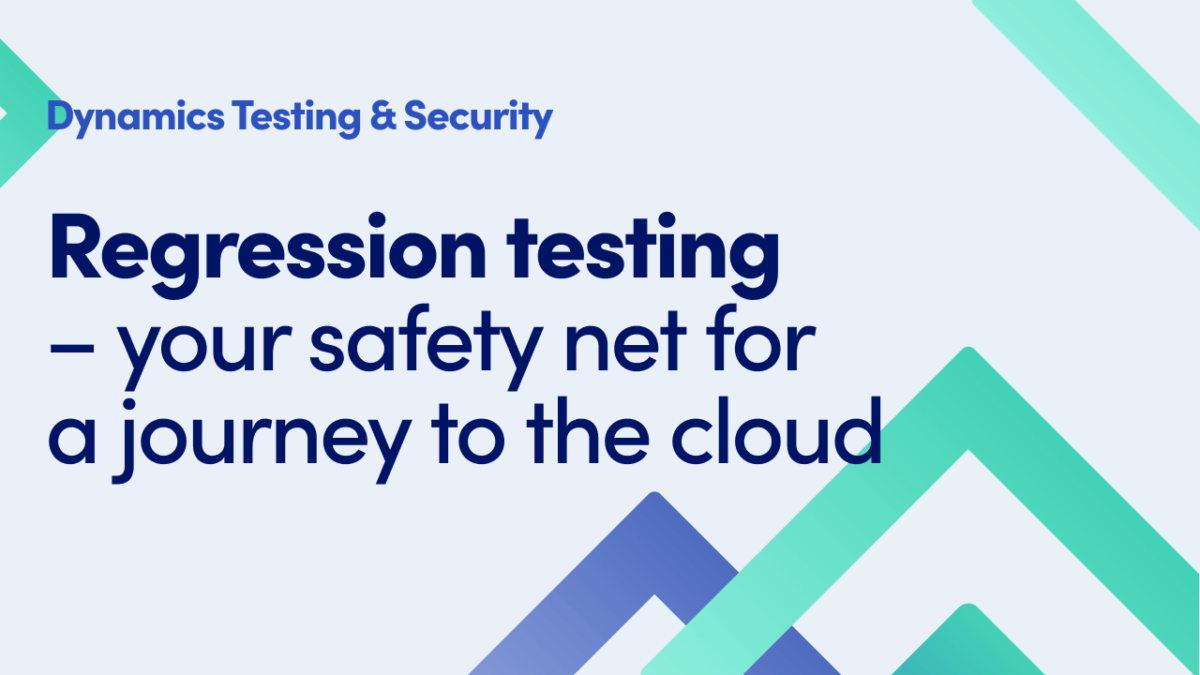 Digital transformation such as an implementation or an upgrade of an ERP system requires a specific approach to regression testing.

As Gartner rightly mentioned in their 2015 report, “packaged application testing scenarios are different to most custom made software.” A need of a tailored and specific approach to regression testing for ERP systems is therefore fundamental for such systems to be functioning flawlessly.


What this means is that regression testing strategy but also regression testing tools are something that should be carefully considered. A company should be aware that in order to manage software such as Microsoft Dynamics 365 Finance and Supply Chain Management (FSCM) efficiently and to ensure its stability, testing should be considered an obligatory activity, both during system changes as well as later on as part of system maintenance.
Particularly in the case of Microsoft Dynamics 365 FSCM, once the company decides to deploy the software, they need to be aware of the importance of numerous updates and release upgrades that are required. The system needs to undergo systematic regression testing to make sure that it is up-and-running, adaptable to changing business requirements and thus, mitigating risk. Continuous customization, adding further functionalities and integrating them with the existing ones call for robust regression testing.

Regression testing is known as – or at least considered as – one of the primary tools for validating the functionality of a given software of application. Apart from UAT (User Acceptance Testing), functional or integration testing, it seems to be a crucial indicator of the system’s health and therefore should be looked at as a key component of a quality assurance business strategy.
It is worth noting that regression testing automation for any complex ERP system – such as Microsoft Dynamics 365 – similarly to manual testing – are very time-consuming due to their high number and recurrence, too. Also, any new modifications or software builds may also change the existing functionalities on purpose – in that case, regression tests may incorrectly identify them as defects. Automated regression tests suites also need to be regularly updated. Nevertheless, automation is considered the most cost-effective way to perform regression tests.

Having considered the importance of the regression testing as well as its drawbacks, the question arises: can you skip it? The choice is up to you. However, bear in mind the long-term consequences of such a decision. Neglecting the need to execute regression tests, especially in the case of complex ERP system – should be frowned upon. Testing revision for system vulnerabilities, underperformance or bugs – with a scheduled regression testing plan and systematic regression testing strategy – is a must. The regression testing objectives have to be focused around running tests that are repeatable, reusable and stable and not on curtailing resources and investments related to execution of those tests. And this is where automated testing framework comes in extremely handy.

Regression testing – don’t let the bugs fall through the cracks

Regression testing for any software application is gruesome. But the regression testing process for Microsoft Dynamics 365 FSCM does not have to be so anymore. With XPLUS tool – Executive Automats – you can fully automate your testing activities. The testing scripts are super easy to perform, manage and maintain. The automated framework that allows repeatability and reusability reduces the complexity of each test projects to the minimum, thus shortening the implementation as well as maintenance of testing phases.

Learn how your regression testing can be automated so that you avoid any hiccups related to Microsoft One Version rollouts and system updates: Automated Regression Testing for Microsoft Dynamics 365 / AX.
SHARE ON: